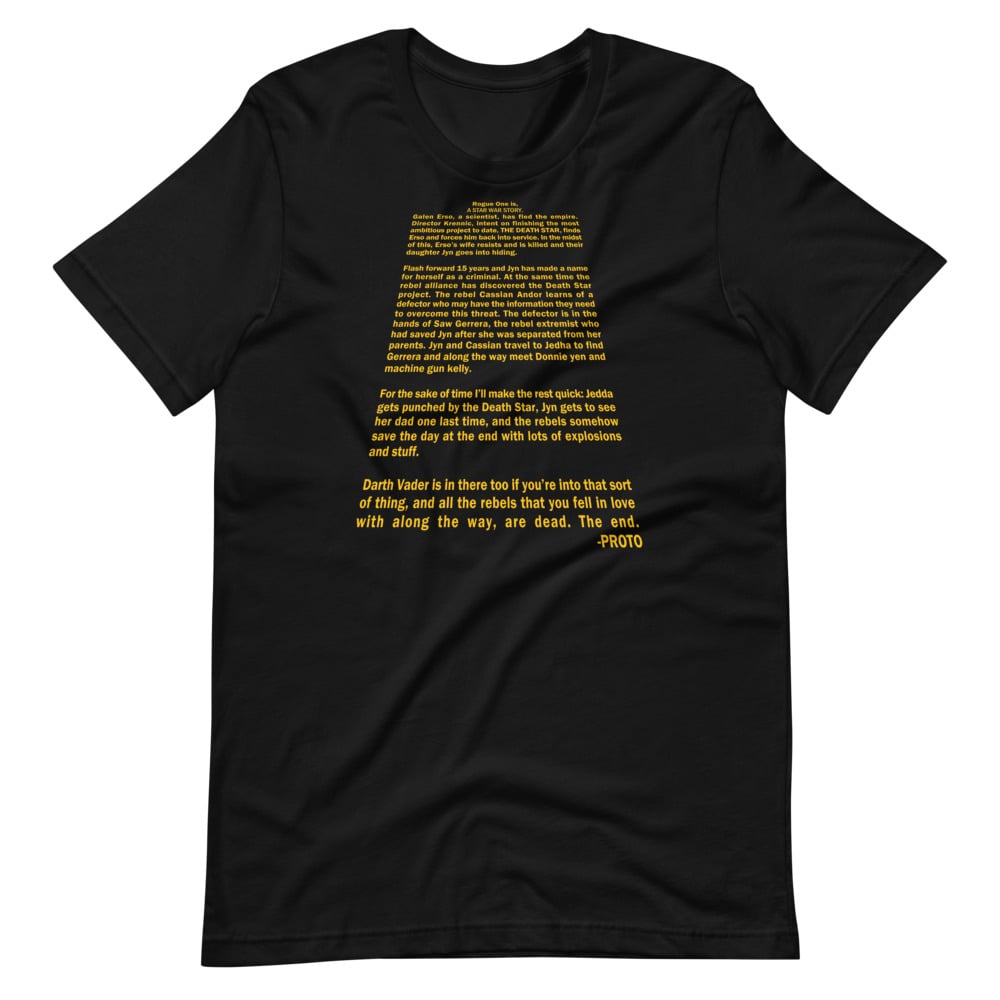 Rogue One is,
A Star War Story.
Galen Erso, a scientist, has fled the empire. Director Krennic, intent on finishing the most ambitious project to date, The Death Star, finds Erso and forces him back into service. In the midst of this, Erso’s wife resists and is killed and their daughter Jyn goes into hiding.

Flash forward 15 years and Jyn has made a name for herself as a criminal. At the same time the rebel alliance has discovered the Death Star project. The rebel Cassian Andor learns of a defector who may have the information they need to overcome this threat. The defector is in the hands of Saw Gerrera, the rebel extremist who had saved Jyn after she was separated from her parents. Jyn and Cassian travel to Jedha to find Gerrera and along the way meet Donnie yen and machine gun kelly.

For the sake of time I’ll make the rest quick: Jedda gets punched by the Death Star, Jyn gets to see her dad one last time, and the rebels somehow save the day at the end with lots of explosions and stuff.

Darth Vader is in there too if you’re into that sort of thing, and all the rebels that you fell in love with along the way, are dead. The end.
- Proto